How do you think Caretta defines motherhood. This is probably the single most important event in a woman’s life to become a mother. For Caretta, I believe she thought that motherhood would give her freedom. A mirror-like child that loved her from the inside out. 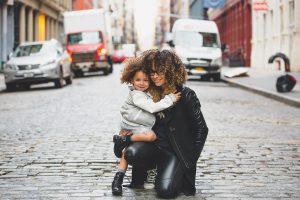 A mother and daughter beautiful

Corretta was a young woman 20 years ago that lives in Los Angeles. She is young and pretty; one of Caretta’s dreams of life was to have children and become a mother. She didn’t care how high it was gonna be, and she didn’t care how long it was gonna take, but it was one thing she would achieve in her lifetime. Her career would come second; it would have to. It would take too long, and I didn’t have the money. If she were a mother herself, she would have to let her go; her mother had all of the freedom Coretta would cherish.

She went to work as you were tired every day without calling in. She didn’t want to; she hated where she worked, and most importantly, she hated who she worked with. They had so much more power over her and a lot more freedom than she had, but he had to. Every day it reminded her how much Corretta missed her daughter. Her mother relishes the pleasure of her taking care of her grandchild. Her mother was busy brainwasher her grandchild to tolerate her big sister. Every dollar that she made, most of it went to family members, especially her mother. It was like she insisted that Corretta do what she wanted her to do whether she wanted to or not. Corretta had hard time-saving money and staying focus on long-term goals because she worried about money. Corretta is trapped in a world she did not know how to excel in.

There were way too many other priorities that Corretta could not keep up with, nor did they benefit her. Her mother reminded Corretta regularly that she was not created for adult achievements and self-development (hers); Corretta was forever a child who had to satisfy her mother. Corretta was not allowed to grow up; she will forever be mommy’s little princes.

A mother and her daughter

And my child was supposed to save me? I thought she was perfectly safe; I didn’t know I had to protect her. A daughter of mine with beautiful curly long hair and beautiful eyes. This precious child captivated anybody that she came across, including her grandmother. A child who can make you see anything she can imagine and bring it to life. Now Corretta was truly trapped in a world that belongs to her mother, forever her child.

Welcome to my blog!