Corretta became a single parent young at 22 years of age, and if you ask her? she did it on purpose. Her mate didn’t make it hard for her to get pregnant. She asked him to take her to the doctor for birth control, he refused. She made sure he understood that she was not wearing protection; on top of that, he absolutely knew her desire to become a mom and why. So is she the only one at fault?

Corretta is a young woman who grew up with a dominant mother. Corretta’s mother lived with her father as boyfriend and girlfriend because her father refused to marry her, two kids, and 20 years later. Corretta so badly wanted to walk as a woman, wear makeup, walk-in high heels, and even live in her own space. Like any young woman, Corretta wanted to be desired by men and experience her own freedoms; however, she did not know what to do. Worse yet, she was being blocked every step of the way by her mother. Corretta was ugly in a cute way but remained mommy’s little girl. Corretta acted like a child, getting the approval of any adult she respected. Most important, her mother must approve above everything clothes, makeup, and whereabouts. If Corretta did not call in a certain timeframe, her mom is known to freak out calling police and hospitals. One day Corretta’s mom called her place of employment in an attempt to report her missing; with the loose tightening around Corretta’s neck, the quest for freedom is out of reach. Corretta had no education and a financial, mental loop connecting her to her mother. 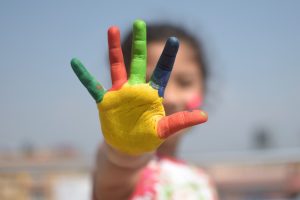 Having a child was not Corretta’s first choice, nor was it her only choice. Corretta was distracted by her non really caring boyfriend and the lack of freedom around her. Corretta was told she had spoiled all her life in the prison she was forced to live in. Corretta’s decision to become a parent had all of the makings of a disaster. 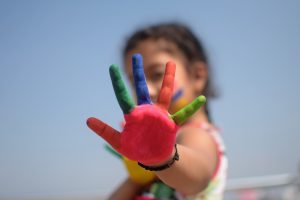 In one of the poems, Corretta displays this fantasy of her child’s father staying with her to raise this child that was of his flesh and blood and that he would love her for having his child, no. When Corretta became a single parent, she was, in fact, a single parent. Her child’s father moved on and did not look back. The most selfish thing to ever do is bring a child into a broken home, with only half of his DNA to control the unknown behaviors that this child brings to the table. With an absent father, a domineering mother, and a displaced child, Corretta would face the judgment of this world, ALONE.

Let me know what you think in the comments below!